The end of the academic year was approaching and someone asked me if I had any plans for summer, which I hadn’t yet, but I said, out of the blue – “I dunno, I’ll probably hitchhike to Romania or something” – which at the time was nothing more than a throwaway remark meant to be random and ridiculous. A few days later, someone said to me, “hey, I heard you’re hitchhiking to Romania this summer!” I suppose I did say that. A few days later still, I came across a guide book to Romania in a charity shop and having flicked through it and having seen the photos of gypsies in horse-and-carts, of peasants working the land with scythes, having found out that this is the country where Borat’s home village was filmed, where European medieval culture still lingers in forgotten forested valleys, where one of the world’s most dramatic roads winds its way through the mountains, and, not least importantly, where the Cheeky Girls are from, I had decided – this was where I was going that summer.

As for hitch hiking, I had done it before in short bursts around England, but never long-distance, and never in other language zones. However, I’d heard of other people doing it, and so, logically, there was no reason I couldn’t do it to. Despite dire warning from friends and family of mafias and human trafficking, of kidnapping for ransom, rape, robbery and murder, I told them “shit happens anywhere”, and off I went.

Taking a folding bike hitchhiking with me is probably the best idea I’ve ever had, and I would thoroughly recommend hitch-cycling as a method of transport for anyone. If you have a tent,  a sleeping bag, a bike, a gas-stove, dried noodles and water purification stuff then you have food, water, shelter, warmth and transport wherever you go, so no situation can really be that desperate.

I set off with two objectives in mind: one – to reach Romania from Taunton using only hitch hiking and cycling, and, two – to hitch a ride in a horse-and-cart, which I did, twice.

It’s a strange thing though, if you tell someone you’re going to Spain/India/Japan/Timbuktu etc… then their response will generally be something like “oooh/mmmm/that’ll be nice/how exciting/lucky you etc…” But when you tell someone you’re going to Romania, the response is almost always, “umm… why?” People have strange preconceptions of Romania, the main one being that it is shit. Romania is one of my favourite places in the world, it’s fairy-tale beautiful, rugged and rustic and genuinely unique. It is also probably the best place for hitch hiking on the planet.

This is my second big trip and my second journal, and although it’s not as exotic as the last one, the hitch hiking element made it sometimes even more challenging than travelling in India. Hitch hiking is a wonderful way to travel. You throw yourself to the winds of chance, where the minute and trivial actions of random strangers determines where you end up and who you meet, which in turn alters the course of your journey, which inevitably alters the course of your life. 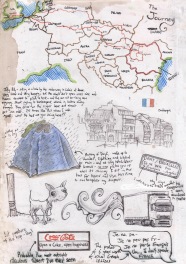 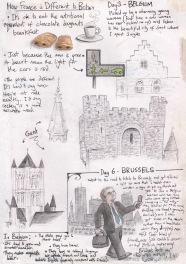 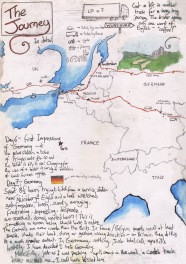 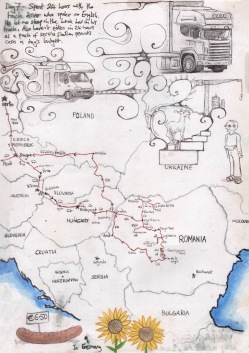 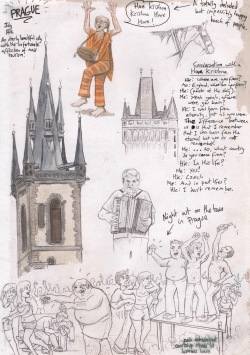 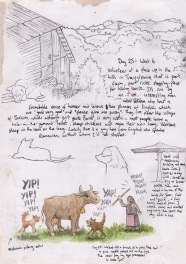 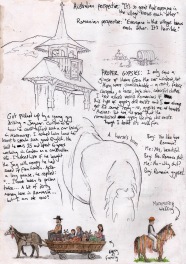 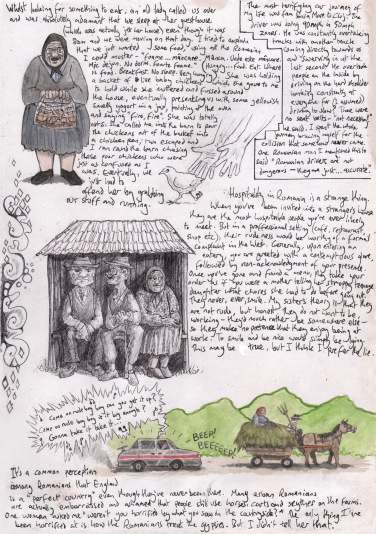 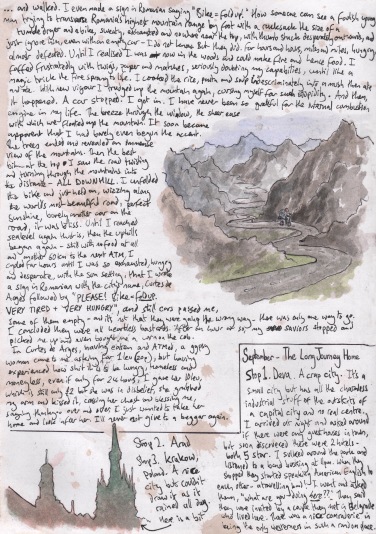